The candid video offers a glimpse into the royal family's home

Queen Rania and King Abdullah II of Jordan have given us an insight into how they have iftar with their children, sharing a video of the family breaking their fast via Instagram.

The videos initially show King Abdullah II, Crown Prince Hussein and Prince Hashem breaking the fast with water and dates as the maghrib prayer plays in the background.

Then we see Princess Salma walking past with a tray of food, as Queen Rania appears to tidy up. The next video shows the family gathering around the table, tucking into dishes such as muhammara and hummus, stuffed grape leaves and zucchini, kibbeh, chicken with rice, and atayef for dessert.

The portion of the video filmed at the dining table shows the entire family together, including Princess Iman. Watch them here, and click on the arrows to the right to watch all of the videos:

The videos show that the royals have a very modern and contemporary home, with some key pieces of art, and some distinctly Jordanian crockery and kitchenware featuring Arabic calligraphy.

One Jordanian homeware label you can buy in the UAE is Silsal (you can read more about their designs here):

This isn't the first time we've been given a glimpse inside the Jordanian royal family's home, either. When Prince William visited Jordan last June, Crown Prince Hussein and the British prince watched a World Cup football game at Beit Al Urdun Palace.

Click on the circles in this photo to find out more about the furniture and design pieces in the Crown Prince's 'man cave': 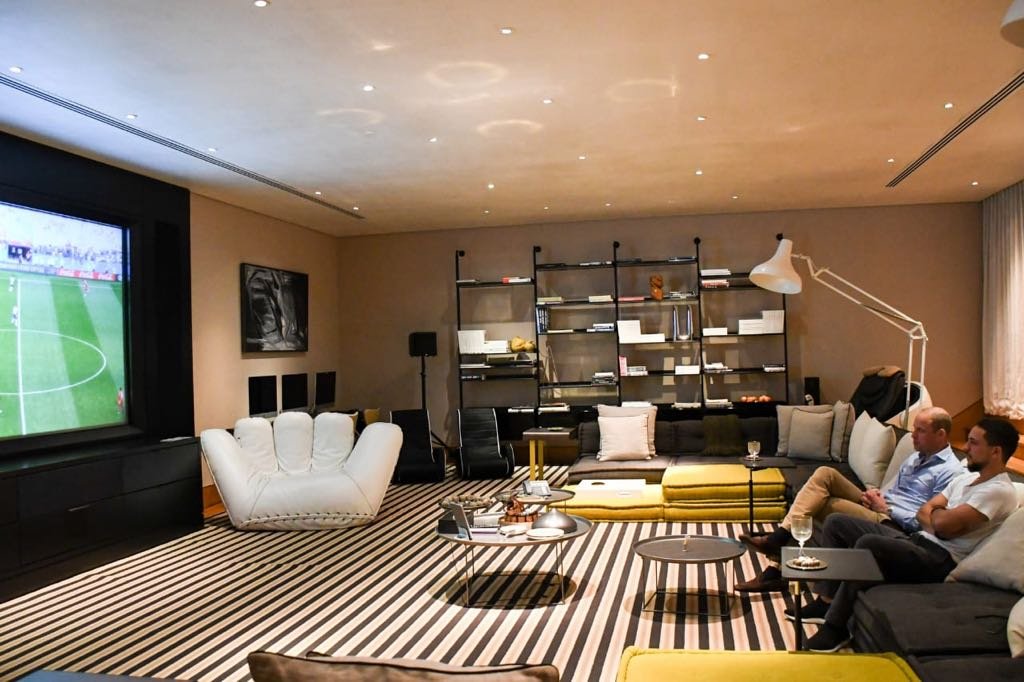 WHO thanks UAE for Afghanistan assistance as Dr Tedros visits Kabul

Has Expo 2020 made Burj Khalifa the new Eiffel Tower?