Taylor Swift's typo: four more stars who have made similar mistakes with their merchandise

Fans of the 'Me!' singer have received T-shirts with an awkward grammatical error

“Spelling is fun!” Taylor Swift exclaims in her new single, Me!, the first song from her yet-to-be-released album. And to go alongside the release, the singer has produced a range of candy-coloured clothing and accessories inspired by the song.

Ironically for the spelling aficionado, one piece of Swift’s merchandise contained a typo. The limited edition shirt, which is no longer available, reads: “Your’e the only one of you / Baby that’s the fun of you.”

It didn't take fans long to point the error out on Twitter.

uh @taylorswift13, there’s supposed to be an apostrophe after ‘u’ btw;) pic.twitter.com/ZCkdYNpbZG

Others were surprised by the mistake as they didn't seem to notice until the error was pointed out to them.

EXCUSE ME! I've had this shirt for nearly a month and you're telling me it's had a typo THIS WHOLE TIME! pic.twitter.com/8P9p6BPMuV

GIRL. SAME. Your post made me check my shirt! 😳😳😳😳 pic.twitter.com/wbHZWQYCtz

Team Swift must have checked its grammar, because some of the shirts didn't include a mistake.

Mine is spelt right but now I’m paranoid and checking ALL of my merch for typos! Like with? 😂 pic.twitter.com/Ya5J3nNYF5

But Taylor Swift is certainly not the first artist to have been caught with mistakes on their merch, here are four more notable blunders made by artists …

In December 2018, fans of the Love Made Me Do It hitmaker noticed that, like Swift, she had an errant apostrophe on her hoodie, which read: “It was’nt my fault” instead of “wasn’t”. 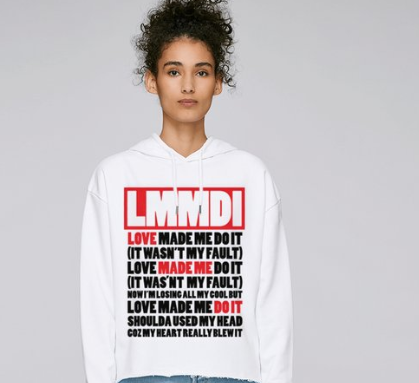 At the American DJ duo's 2017 gig in Pittsburgh, Pennsylvania in 2017, the DJ duo ended their set with a sign that missed the mark. The onstage visuals misspelled the city’s name displaying: “Thank You Pittsburg”. Incidentally, Pittsburg is a town in in California, so they could repurpose the banner there.

Lmao. Love it tho. pic.twitter.com/0tTeWXvAQH

For his 2016 Purpose tour, Bieber sold a T-shirt with a Bible quote containing a spelling error on the back that reads, “Many are the plans in a person’s heart, but it is God’s purose that prevails.” The key word "purpose" was missing a "P". The T-shirts were recalled and exchanged for corrected versions.

@justinbieber we r coming for you tonight in Van city, but we found a spelling error … #purose #oops #JustinBieber pic.twitter.com/QJglKOAjCh

As part of her Sweetener tour merchandise, Grande released a shirt that outraged fans. The patchy, discoloured shirts pushed Grande to respond with an apology on Twitter agreeing with their disappointment including saying: “I’ll approve everything in person from now on. this is trash. my bad.”

what happened to the merch sis? @ArianaGrande pic.twitter.com/HaKNqcg88B

Review: Taylor Swift's 'Me!' is a charmless romp that disappoints

Time 100 Gala: See all the stars on the red carpet – in pictures

The pictures and crafts from London's 'Silk Road'

UAE and four others elected to UN Security Council