It takes an average of eight years to recover from debt crises, according to an analysis of global recessions by consultancy McKinsey & Company in August.

It is fitting then that one of the largest Middle East corporate collapses of the 2008 credit crunch only just achieved a somewhat concrete resolution this summer. On June 1, a Cayman Islands court dismissed rival claims in a long-running dispute between Saudi Arabian family conglomerate Ahmad Hamad Algosaibi & Brothers Company (Ahab) and Kuwait-born businessman Maan Al Sanea.

In a 10-year saga, the parties battled over who was to blame for the collapse of each other's empires, after Ahab defaulted in the financial meltdown of 2009 and its creditors sought to recoup billions of dollars in losses. The latest ruling resolves the messier parts of the case, although the parties can still appeal.

The decision comes a decade after Lehman Brothers, then the fourth-largest investment bank in the United States, filed for bankruptcy with more than $600 billion (Dh2 trillion) in debt. The Algosaibi story is viewed in the Middle East as a stark reminder of how the global financial crisis affected the region, and as the catalyst for subsequent change.

On September 15, 2008, Lehman imploded in the largest bankruptcy in US history. Saddled with bad debt and a portfolio of risky subprime mortgage-backed securities, the investment bank came crashing down in a credit crunch that led to a recession considered by economists to be the worst since the Great Depression of the 1930s. 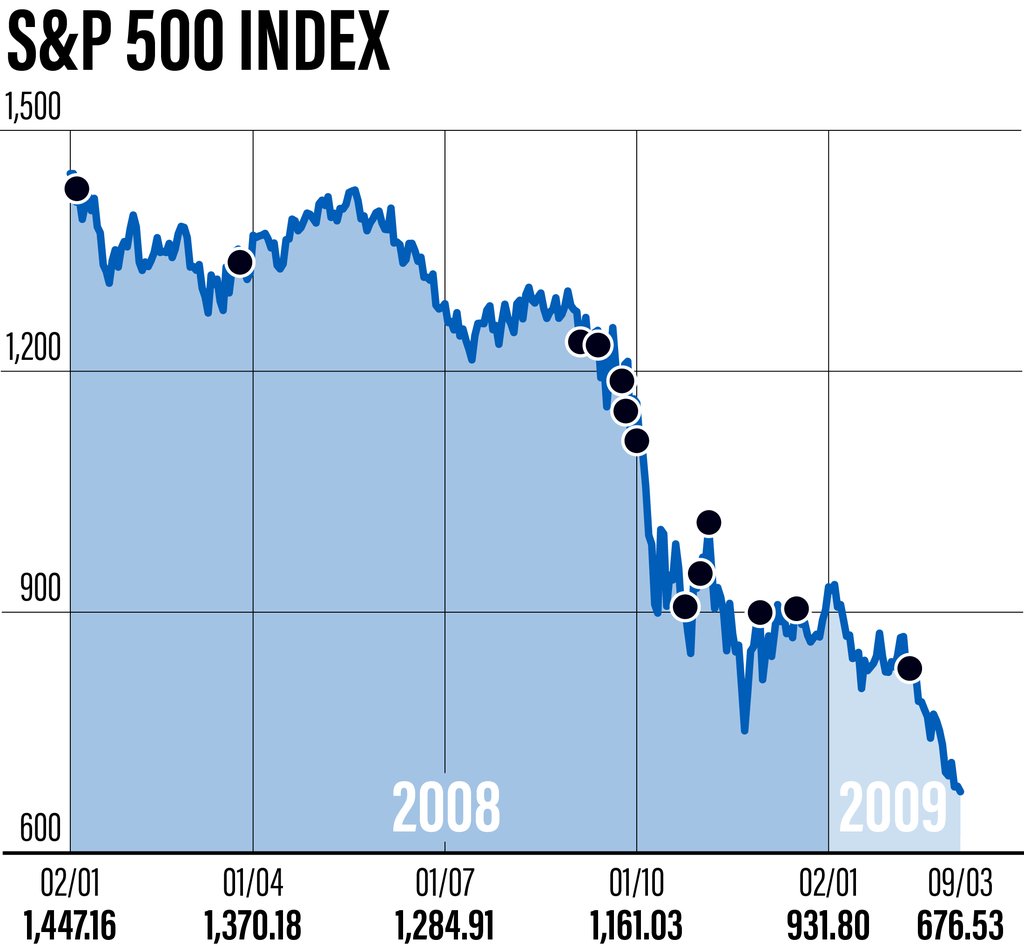 The Dow Jones industrial average plummeted 7 per cent on September 29 that year – its largest one-day drop in history – while banks in the US and Europe either went bust or were bailed out by their governments. Property prices tanked and millions of people lost their jobs as the unstable house of cards came tumbling down in the ensuing months and years.

In the Middle East, banks were not highly leveraged and had no direct exposures to the subprime crisis. The region's financial markets were underdeveloped and were yet to attract sizeable foreign capital flows. "The lack of integration of the region's financial sector [at the time] meant limited contagion and spillover effects from developed markets," said Lebanese economist Nasser Saidi.

That did not mean countries across the Arab world were immune. The market meltdown affected liquidity and asset prices dived.

In the UAE, the crisis was characterised by Dubai World's need to restructure about $25bn of debt. Rents plunged with and the real estate slump caused ing property values to fall by as much as 60 per cent. Companies folded and expatriates left the country in droves. Banks faced a surge in non-performing loans, and property developers ran out of cash, abandoning projects mid-construction.
Fast forward 10 years, and the legacy of the crash in the Arabian Gulf is a tighter regulatory environment aimed at containing the fallout from future crises, and ensuring their occurrence less likely.

Are these the warning signs of an approaching global recession?

In the UAE, governments across emirates overhauled their real estate legislation by introducing caps on mortgages, an escrow law requiring investors' money to be ring-fenced in a third-party account, a requirement for developers to register projects before commencing sales and other much-needed changes. Such measures provide protection and discourage "flipping", or the quick resale of an asset, that contributes to bubbles in the property sector.

The capital markets and banking sectors also adopted reforms in line with global standards. Banks today are expected to meet stringent minimum liquidity and capital requirements, and comply with other regulations.

"Ten years after [Lehman], banks in the UAE have seen a period of stability and growth, with robust levels of Basel III-strengthened capital," said Jonathan Fried, a capital markets partner at law firm Linklaters. The firm published an analysis of the post-crisis UAE economy this week, showing that credit extended by Emirates-listed banks rose 120 per cent between 2008 to 2017, while the number of foreign banks in the country has rebounded to 27, from 22 in 2008.

The regional regulatory environment has changed "significantly and for the better", said Garbis Iradian, chief economist for Mena at the Institute of International Finance. "Most GCC banks are adequately capitalised, profitable and liquid to withstand external shock."

Yet, global risks remain. The world's financial systems are "safer but not safe enough", International Monetary Fund managing director Christine Lagarde wrote in a blog last week. Too many banks, especially in Europe, remain weak and require more capital, while the increased size and complexity of institutions means "too big to fail" remains a problem, she said.

“Perhaps most worryingly of all, policymakers are facing substantial pressure from industry to roll back post-crisis regulations.”

Global debt levels have risen each year since 2002 to reach $247 trillion in the first quarter of 2018, according to the IIF. Corporate leverage in particular has surged in the past decade as companies took advantage of affordable borrowing costs when interest rates were low. This could weigh on sovereign credit quality, a Moody's report said.

The global economy is more vulnerable than it was a decade ago, because it is much more heavily indebted, said Bodo Ellmers, head of policy at the European Network on Debt and Development. "The bailouts just moved debts from one balance sheet to the other. The necessary deleveraging of the economy did not happen."

This is why global debt levels are higher than in 2008, and why sovereign debt crises, such as in Greece, required successive bailouts. An international debt resolution mechanism remains a "gaping hole" in the international financial architecture, Mr Ellmers said.

Eric Le Compte, executive director at Jubilee USA Network, agreed. “We’ve seen some progress on [reducing] risky and predatory lending and the US Dodd-Frank Act [of 2010] helped increase transparency in banking,” he said.

“But we still need debt work-out processes to help stop a crisis and greater laws around responsible lending to prevent the conditions for a crisis.”

One of the challenges for the Middle East is that its economies are now more intertwined with the global financial system.

As trade wars intensify between the US, China and other countries, threatening global economic stability, governments and decision makers must do their best to strengthen financial systems and ensure sustainable growth.

Sheikh Khalifa bin Zayed: A wise leader who led the growth of his modern nation

Egypt to sell state assets as it seeks $40bn in investment