Sridevi: A who's-who of the famous Kapoor family

Sridevi was a true Indian cinema legend that was dubbed the first lady of Bollywood because she prompted directors and producers to think about female screen stars in their own right. And while she wasn't born into Bollywood royalty, she most certainly married into it.

The past few days have shown how tight-knit and widely-spread the Kapoor family is, with Sridevi’s stepson Arjun stepping up to take charge with repatriating her to India, and her brother-in-law Anil’s family taking care of her children. Meet the family that is considered Bollywood royalty.

Here's a family tree of the many famous faces born into this part of the Kapoor clan.

Hover over each face to read more about them, and their relationship with Sridevi. If viewing on mobile, turn your phone to landscape to read the family tree: 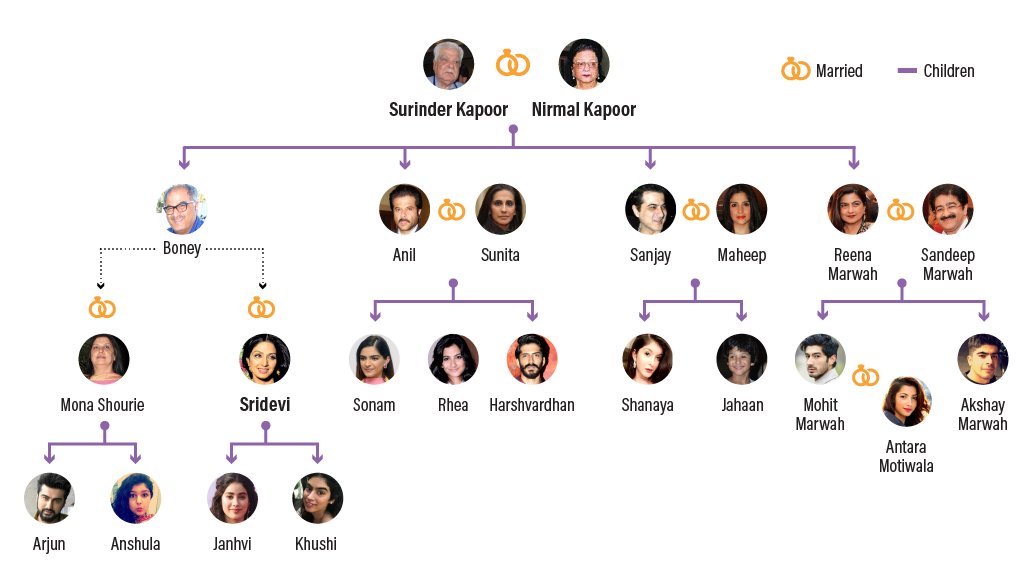 What about Sridevi's family? She was born in Sivakasi, Tamil Nadu on August 13 1963 to Ayyapan, a lawyer, and Rajeshwari, a homemaker.

Sridevi also has a sister Srilatha and two stepbrothers. Her father passed away in 1991 while she was shooting one of her best-known films, Lamhe, and her mother, who was also her manager, died in 1996 due to complications following a surgery conducted in New York.

VIDEO and PICTURES: Sridevi's last days in the UAE

Why every Bollywood fan will mourn Sridevi

After Cop26, it is time for an 'Arab Climate Summit'